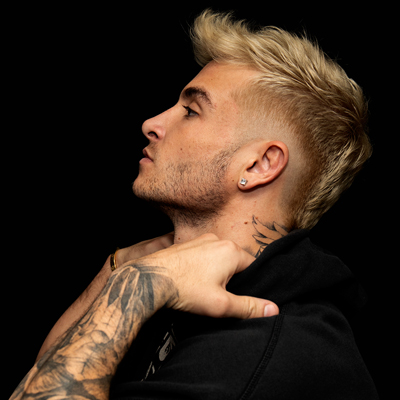 (born April 1, 1995) is a Spanish house and electro house DJ and producer. In 2011, he was nominated as the “DJ Revelación” at the Vicious Music Awards by Ron Barceló 2011.
In the summer of 2012 he was the youngest DJ of the beach club Blue Marlin.  In September 2012 he worked in the United States, the Tour Generation Wild with the artists Deniz Koyu, Mikael Weermets, Sick Individuals and dBerrie.
He also worked in Macao, Manila, Londres, and San Paolo. Ávila debuted at the Ultra Music Festival of Miami in March 2013.
He signed a contract with MGM of Vegas as the youngest resident in the history of Hakkasan in 2013 with artists like Steve Aoki, Laidback Luke, DeadMau5, Tommy Trash, Tiesto and Calvin Harris.

Play Video
More Artists
Gallery not found.
We use cookies on our website to give you the most relevant experience by remembering your preferences and repeat visits. By clicking “Accept All”, you consent to the use of ALL the cookies.
Privacy PolicyAccept All
Manage consent