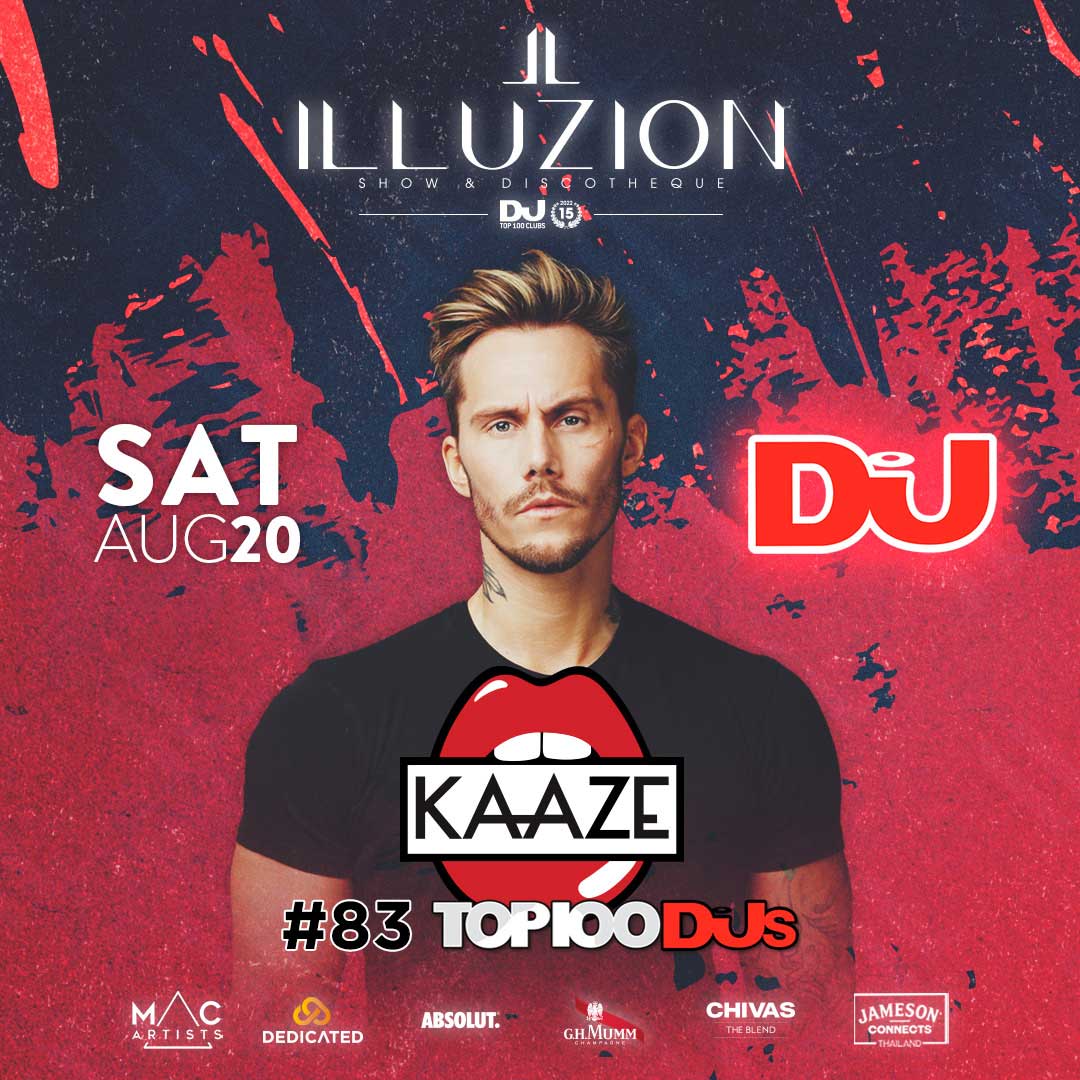 On Saturday 20th August make sure to don’t miss out on an outstanding DJ Mag Official Event w/ the Swedish DJ, music producer, remixer and songwriter KAAZE at Illuzion Phuket.
An early demo he produced was picked up by none other than Tiësto.
KAAZE joined the superstar and signed with Tiësto’s Red Light Management group! Fast forward a few years, and his single ‘Sweet Mistake’ amassed eight million listens on Spotify.